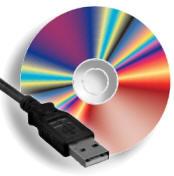 What is De-branding ?
De-branding basically means removing awful operator firmware, and replacing it with the manufacturers original firmware. Hence converting your phone to the full spec as it was intended by the manufacturer. (the way it should be)

What are the benefits of De-branding ?
Once your mobile has been de-branded, you will notice all the menu systems are clearer, un-restricted, and often faster too. We also use the latest firmware to date, which will hold improvements on your old firmware. This often removes any software glitches that your phone previously had. Also some network firmware's prevent you uploading ringtones & pictures via cable, or manually setting your internet homepage, debranding enables you to do this.

For example:
if you have a Sony Ericsson K700i, K750i etc... from Vodafone. Debranding will mean that everything runs faster, you can use mp3 ring tones and you can choose your WAP homepage among other benefits.

Orange Debranding Benefits
Orange Models have an ugly white bar down the left hand side of the screen. This debranding process removes this awful atrocity, and restores the phone to it's full Glory. The main menu system is fully restored, and gone is the awful Orange buttons. Samsung's Original menu is faster and brighter, and less confusing to use.